The Drained Wait is Over! 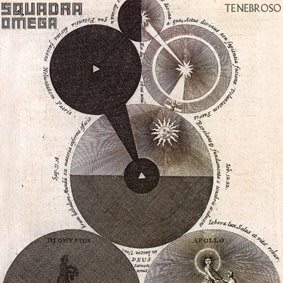 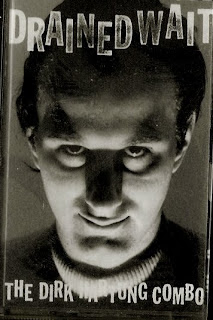 Of Montreal - John Brion Remix EP (lala) Skeletal Lamping just missed my top ten by the gap equivalent in length to my unwillingness to give it another listen in the week or two before making the list. I like the record, a lot even, and listened to it more times than things that were on my final list, but ultimately I find Of Montreal a little exhausting. I know that's what your are supposed to feel - perpetual disco rock orgasm - but an EP's worth will usually get me through the day.
Steffen Basho Junghans - Inside (lala) Fahey/Kottke acoustic guitar skills run through the sieve of minimalism. I really like the cut of this record - it is like he found a buzzing fret on his favorite guitar and built a completeness around that inconsistency, afraid that it might rectify itself or get worse and the opportunity to do so would be erased.
Squadra Omega - Tenebroso (OngaKubaka) Nicely doped-out noir-jazz from the darkest alleys of Italy. There was a tape I had a million years ago by a group called the Dirk Hartung Combo that manifested this same exact kinds of throbbing indie rocked smoke-filled jazz business.
The Dirk Hartung Combo - Drained Wait (http://diycassettemusic.blogspot.com) And here it is! Thank you Facts, Myths and Lies of D.I.Y. Music 1987-1993! Hollywood Memorabilia - Authentic Entertainment Memorabilia and Collectibles! I will rooting through your tape case in the weeks to come. I've already spotted long-forgottens like LMNOP and Mother Tongue on your RSS feed. As for Hartung, it's a little more sparse than I remember but still just as potent - like Sam Spade reluctantly conducting a seance in an opium den.
Duran Duran Duran - Very Pleasure (lala) On name alone! and they sound like their name in the most perfect way.
My Cat is an Alien - The Cosmological Eye Trilogy (lala) Alex is not available for your call, please leave a message after the endless electrical hum and random clanging sounds.
Posted by Alex V Cook at 1/07/2009 12:41:00 PM