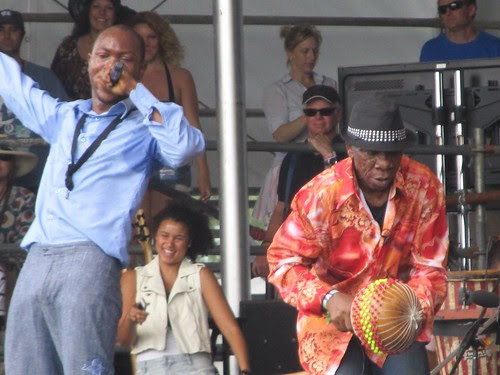 Seun Kuti bookin' it at JazzFest. He was doing this bit about pot that was something like "Planter... plants grow!" and I walked away thinking the Young Ones. "We sow the seed, nature grows the seed, we reap the seed."

When you were a kid, when you were recounting an incident when you were going fast, did you say you were "bookin'" and accompany it by a waving ringer motion? E.g. "we started bookin' (hand motion) when that dude came after us..."  Anyway, I was bookin' this weekend, literally and figuratively with three book signings. 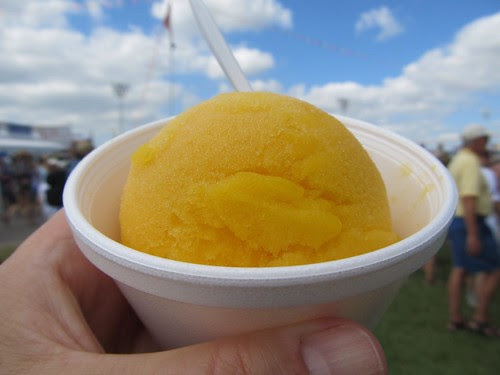 Stare into the cosmic eye of the JazzFest mango freeze.

The first on Friday at JazzFest, which was fun if maybe not the most traffic a book signing has ever seen. The Beach Boys were off reuniting for the disposable income set camp out before them on the other side of the Fairgrounds, and the Texas Tornados were being about movers at the Fais-Do-Do stage within ear and eye shot, and the good folks at Garden District Books gave me a beer while I manned the table. 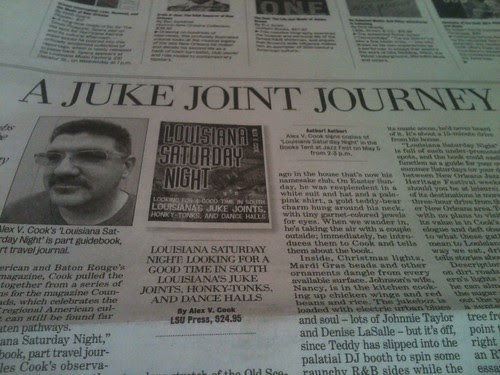 Alison Fensterstock gave the book a glowing review in the Times-Picayune (Sunday edition, page D-7 - I could't find it online) so maybe that will drum up the troops for the second JazzFest signing on Saturday, May 5 from 2-3. 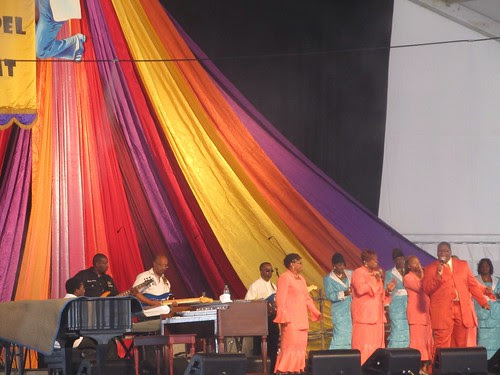 Every year I pop into the gospel tent at JazzFest and watch at least one song. I never know who the groups are and they always put on a spectacular show and really just kill it. I mean, it's a cliche to say all that but it's true.

Yesterday, I did a signing at Author's Row at the Jones Creek Library, a congenial affair and I did manage to eke out a sale as I was walking out the door. Each road is laid stone by stone, I believe. 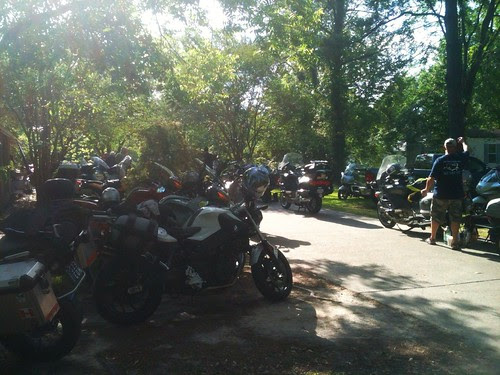 Then, your intrepid author booked out to Deepest Zachary to do a book talk at a meeting of the BMW Motorcycles Owners of Alabama, where I not only ate my and your combined weight in crawfish and cake but also had a nice book talk with some fantastic people and sold a mess of books. Note to self: do more signings at motorcycle rallies. Thanks to Mike Bauman for hosting and to chapter president Don Little for letting me come out.