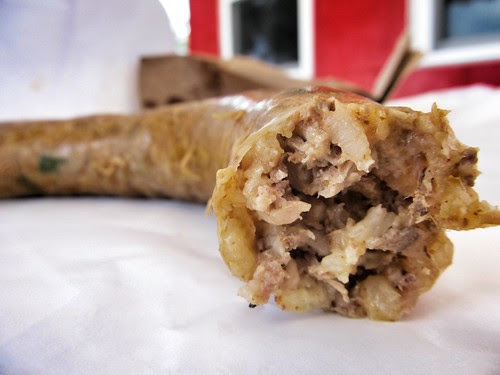 Boudin link from the Best Stop in Scott, LA, on the day NPR reported that the tiny burg has been voted "Boudin Capital of the World" while mispronouncing it, putting the emphasis on the second syllable. A minor quibble, really, flattened by the fact that the gossiping clerks were unaware of their new designation and politely unimpressed when I brought it up. I love that Louisiana doesn't care much, because it has stuff like this. 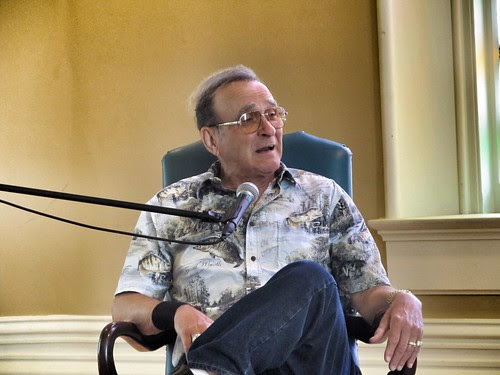 I had a great time talking swamp pop with Johnnie Allan, one of the greats of the genre, which also is a manifestation of Louisiana's curious embrace of its deal. This took place at the Baton Rouge Blues Festival, so much fun I forgot to take pictures or tweet it or anything. It was like living in the real world. 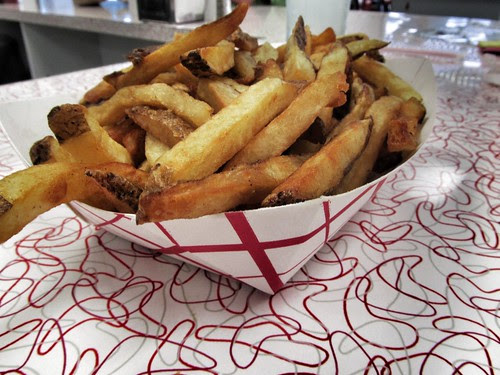 Sales on Louisiana Saturday Night are going well, and progress is forthcoming on Gas Station Boudin. Actual boudin progress. The fries above, looking stunning on a vintage formica counter, are from Dearman's, seller of Baton Rouge's best hamburger, below. 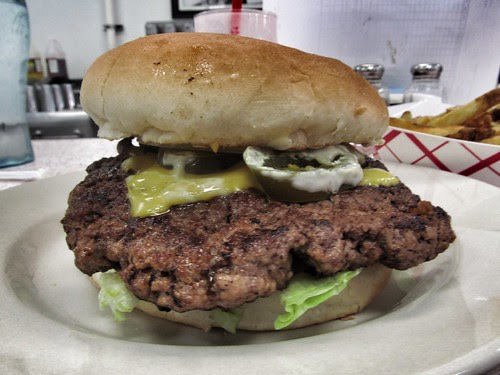 As for the strawberry malt, there is none more pink. I also listened to a bunch of Megadeth so I could later discuss it with dudes. 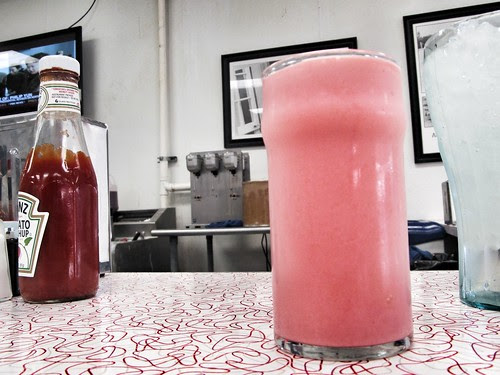