party in the back

Stockyard crowd photo by Kim Ashford, taken right before I lost my recorder and had to do my interviews for the story all over again. 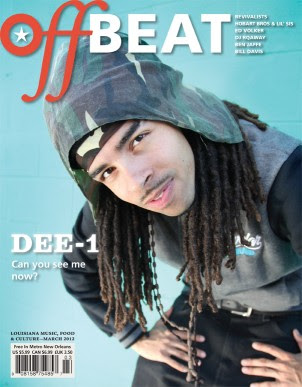 I have two pieces in the March 2012 issue of Country Roads magazine - one being a story about Dominique's Stockyard and Cafe in Baton Rouge. It answers the question "So, stockyards still exist?" Yes, they do.

The other is a profile on the fine upstanding people behind American Thrift and how they want to make a better world through low-key acoustic shows.

In the March 2012 issue of OffBeat, I dare to offer a defense of Skrillex (appearing at the Buku Art Festival on March 18) and the magazine kindly ran an excerpt of my book.

Speaking of which, Louisiana Saturday Night has been sighted in an actual independent bookstore. Like I was with stockyards, you might be surprised to find that they exist as well. Get over to Cottonwood Books  if you are in the Baton Rouge area and get you one!

Also, the book has its own Facebook page. Like away! Plus I'm going to film a TV spot for the book this afternoon! I even got a haircut! It's all so exciting!

You are coming to the launch party, right? Right?

The monolithic parts of today's selection of music paired well with the jackhammers tearing up the street across from my office.


I Shalt Become, "I Filled with Woes the Passing Wind"

Composer Nico Muhly was going on about Messiaen's Turangalîla on his blog, saying

it’s a symphony (?) by Messiaen from the 40′s, but it sounds like it’s absolutely from the future. It operates in this puranic, insane timescale and is meant to be a love-song, but it’s really this kind of ecstatic tone-poem radio city decadent bollywood xxxtravaganza genius thing.

There are these great permanently futuristic space blaster whoops from the ondes Martenot amid the loon-lonely woodwinds and grand Romantic swanning in the third movement. It's a fever dream of a starship battle. Messiaen was so metal. Here's the story behind the stunning Quartet for the end of time, written while a prisoner-of-war in WWII.

The quartet was premiered in Stalag VIII-A in Görlitz, Germany (currently Zgorzelec, Poland) outdoors in the rain on January 15, 1941, with old, broken instruments before an audience of about four hundred fellow prisoners of war and prison guards.[1] Messiaen later recalled: "Never was I listened to with such rapt attention and comprehension."[2]
Posted by Alex V Cook at 3/01/2012 03:37:00 PM