Nutsack made me snort 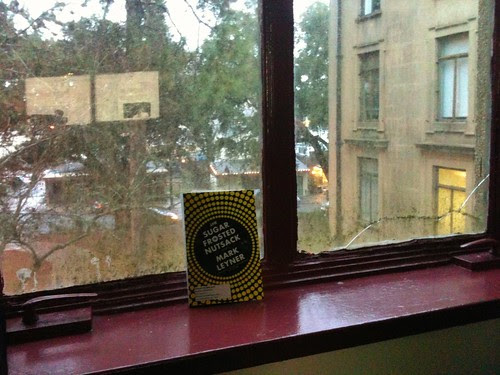 More dreams. I had a dream last night where I was at a party Ornette Coleman was also attending and I had a chance to ask him about the 1958 incident in Baton Rouge area bar where he was beat up and his saxophone was thrown down a hill. I've never been able to nail down the particulars of where it happened - the most solid lead I've gotten is that it happened at a club called the Sans Souci across the river in Port Allen - and true-to-life, I didn't get the answer from the Mr. Coleman in my dream.


---
All the Pretty Horses is really good, but you probably knew that already. You might not know (but might suspect) that Mark Leyner's The Sugar Frosted Nutsack, his first novel in fourteen years, is as electric and funny as his novels ever were. Back when I devoured them all in the 90's, they were the electricest and funniest. Nutsack made me snort so loud in the library coffee shop,  the barista was forced to briefly stop telling her friend at the counter how great the food at Epcot was. There's a blurb for you!

Sometimes listening to a chorus of a particular song is like relaxing in a bean-bag chair filled with pain killers.
---
I have my first-ever guitar lesson tonight. Crazy notion, I know, being taught how to do something as opposed to learning it the hard way. Imagine if that same concept had been applied to my day. Snorting in the library was the best part.
Posted by Alex V Cook at 1/10/2012 04:35:00 PM