The best thing I ate in Ireland 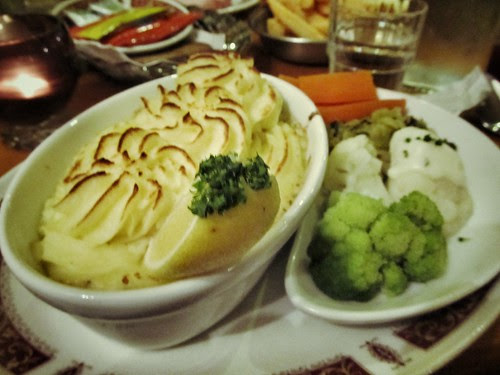 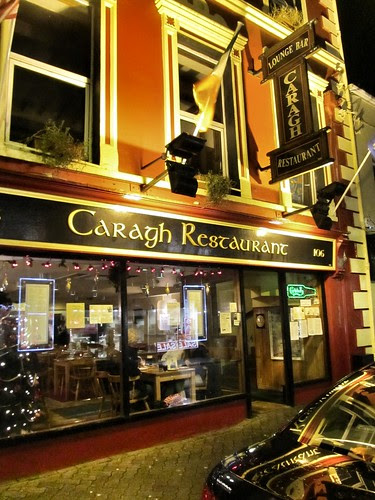 The Caragh Restaurant in Killarney. We found it on Yelp. Go figure.

The fish pie consisted of a thick cream sauce with shrimp, fish, oysters and cockles (!) topped off with the ubiquitous whipped potatoes and then baked. Think a homemade seaside pot pie, and then remove any negative associations you might have with pot pies. Then, imagine you had a long day hauling nets of cockles and sea monsters out of the violent, freezing Atlantic, and this was waiting for you at the hearthside. That's what it was like. 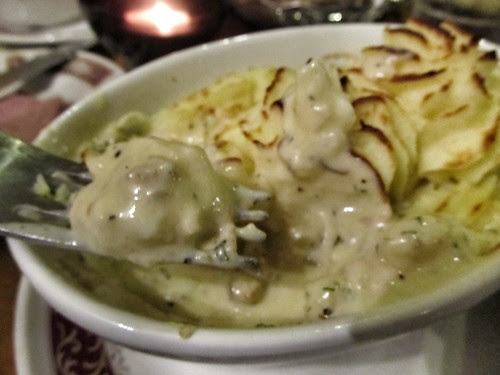 You are never more than 100 miles from the sea pretty much wherever you go in Ireland, so the seafood is exceedingly fresh and this took the starchy, aggressive blandness I found to underscore most of what I ate there and channeled it in a positive direction. A dish like this sticks not only to your ribs but to your soul as well.

There are two balls of mashed potatoes hiding behind the broccoli on the side, should you worry not enough potatoes were involved. 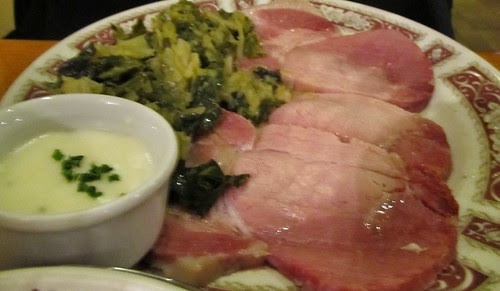 This is what my sister-in-law got, simply titled "bacon and cabbage." She tried to get out of our stern waitress whether it was streaky bacon (what we think of as bacon in the U.S.) or the hammy, backstap bacon they call bacon there, or whether it was cooked together or what and the waitress stopped her short. "It's cabbage and bacon on the plate." and it was, no more and no less, and it was pretty good too. The bacon had something akin to a corned beef texture and tang to it; I wonder if it was corned bacon, which suddenly sounds like the beginnings of the best Rueben sandwich ever.

I digress; it's easy to call the food in Ireland boring, in fact the general cuisine does a lot of the legwork for you. But, these two dishes were both very homey, following the script, and were something I'd gladly eat once a week were the charming old Caragh just around the corner.