Is that a cucumber on your vine? 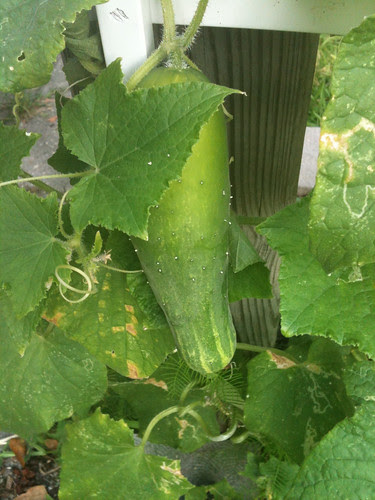 Yes, but I'm happy to see you as well!

Media: My interview with Tim Butler of the Psychedelic Furs is in this most recent issue of 225. 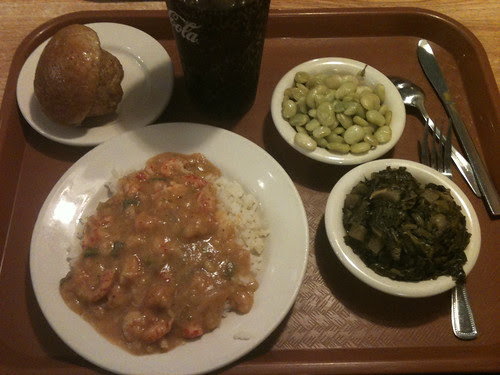 I had my 2nd favorite lunch at the Piccadilly - étouffée, only surpassed by the shrimp, okra and tomato stew they do - with my all-time favorite lady, all on the upgrade because Henry Gray (he played in Howlin Wolf's band back when they invented popular music) on the cafeteria's old rickety piano. I did a story on it for Country Roads years ago but it seems to be lost to the ether. When they say things put on the Internet are the forever, they're totally wrong about that. I noticed that now when I instinctually take pictures of my food, it feels exactly like saying grace - autonomic, awkward, thankful. Like protocol.

The new CD from our downstreet neighbors Flatbed Honeymoon was waiting in the mailbox when we popped in at the house to let out the dog for a second and I'm gonna listen to it right now. I heard "Our House" by Madness at the pool the other day and I've been thinking about the other "Our House", the "our house is a very, very, very fine house" one ever since, because I think that about my own house. 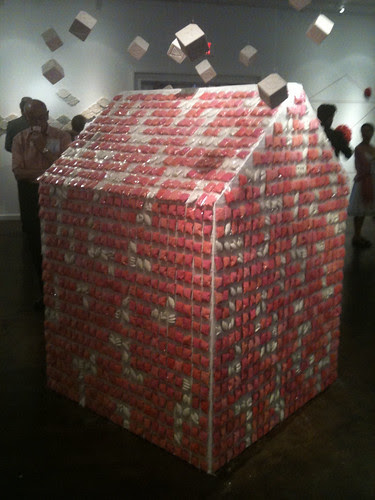 An installation piece by Haejung Lee at Baton Rouge Gallery. The tiles are little bags of colored rice.

Now I'm wondering since I've never listened to the CSNY one all that close if it's not a cynical song. I looked, and supposedly Graham Nash wrote it about a scene at his house with Joni Mitchell, after she bought a vase and put flowers in it and made a fire, etc. And that it was a renouncement of the free-lovin' Laurel Canyon swinger scene in favor of the quiet domesticity, now that he's all woven into Joni's fabric. Maybe. I can see it just as easily as bitter Prufrockian irony spat against the frost of the window. I can see why you'd fall deep into Joni Mitchell's well but I can also see where she'd be a giant pain in the ass, even to a guy whose job it was to keep David Crosby and Neil Young's egos in check. Did you know Grahan Nash helped invent digital art prints? Me either. 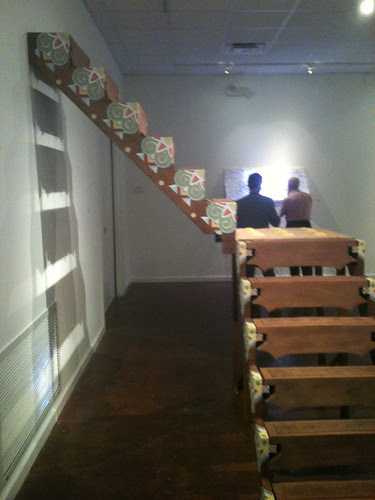 I dared a fellow gallery goer to race me up these steps but she didn't take me up on it. I knew not to ask the drunk one because she would have. I rode my bike over to the opening and it was fun to ride back in the cicada breeze and underlit streets of the neighborhoods between our house and the gallery. I need a light and a milk crate on my bike and probably a million over things too if I thought about it, so I'm not gonna. I'm gonna think about how fine my house is and how fine everyone in it is and listen to this fine CD from the neighbors and pass a side-eye at the clock until it's time for drum practice and the pool and a beer and the bikes and the cicadas and everything and the night.
Posted by Alex V Cook at 6/02/2011 01:17:00 PM