Outsideleft: Ruthlessness, Cosmic Justice and Bitchslapping - The Westerns of 2007 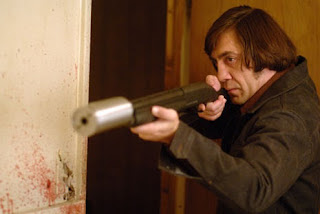 Movies are like opera to me; the vast expense that goes into their creation far outweighs their cultural value. I don’t expect every movie to be Bottle Rocket or Boogie Nights or Raiders of the Lost Ark, three films I consider to be rather perfect in their way, but when $30 million is thrown at any given endeavor, I expect something, you know? I have not seen a romantic comedy since Cameron Diaz’s landmark semen-in-the-hair work in There’s Something About Mary, and I’m not aware of a good sci-fi or action movie having been produced since Arnold Schwarzenegger took on his most unbelievable role yet as California’s governor. Art movies have gone Hollywood with Sundance becoming a brand rather than an outlet, so where does that leave one to go when searching for life in the great American art form?

West, that’s where. Somehow in the age of the iPhone and men buying moisturizer, I saw three westerns this year, and while they all had their problems, they proved to be the most satisfying movie experiences in recent memory. Except for There Will Be Blood, but I’ll get to that.

Email ThisBlogThis!Share to TwitterShare to FacebookShare to Pinterest
Labels: 310 to yuma, movies, no country for old men, outsideleft, there will be blood