A Hypothesis Supporting the Possibility of Henry Flynt Having Invented Everything 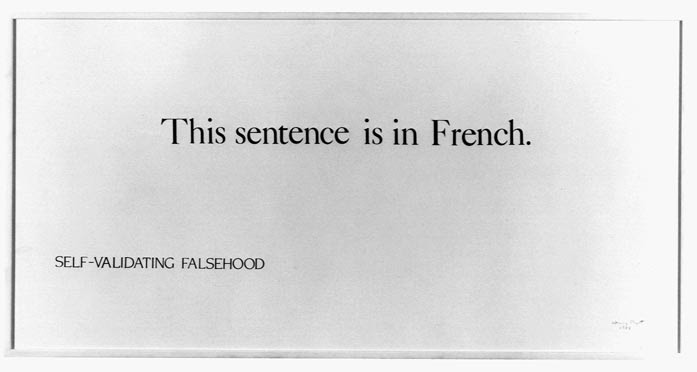 I am deep into Henry Flynt today. He is many things in many fields: a philosopher, an enemy of mathematics, a conceptual artist (in fact he coined the term "concept art" in an essay in Lamonte Young's An Anthology in 1963), and, that about him with which I am most familiar, a very singular composer whose striving to tie up the loose threads among hillbilly music, high art minimalism and classical Indian drones has led to some of the oddest, completely compelling music, and has, if my theory bears out, been a huge but largely secret influence on most of the music I like today.

See, Henry used the Fluxus conceptual art banner, rather reluctantly, as a means to publish and disseminate his anti-art theories, and in that realm, he protested the high art establishment with experimental violinist Tony Conrad on a number of occasions, the most famous of which was a picket line around a number of Stockhausen concerts in 1964. The two share marked proclivities for playing protracted drones in a flat, fiddle-style, and surely had some influence on each other's work. Flynt also had a penchant for blues, a rattling minimalistic jangly form of the blues that was an anathema to the excesses of the day, and I imagine was an eye opener in his circle. Also in that circle was a fellow open-minded Welsh string player named John Cale, who later joined a band with a small-time songwriter from Long Island named Lou Reed. Lou Reed moved into Tony Conrad's old apartment and found a book titled The Velvet Underground and used it to dub his new band with Cale.

In 1966, Flynt recorded a rock album I Don't Wanna, chock full of ramshackle rambling guitars and violin, sounding like a Bo Diddley record being played while traveling down a bumpy road, alternately swerving between jangly ur-Dylan rock and single chord drones, sounding a helluva lot like that of The Velvet Underground's first record. Eugene Chadbourne has Flynt as an actual replacement for John Cale in the Velvet Underground in the bio he penned for AllMusicGuide, and I guess he would know better than me, but I've never heard of Flynt being an actual member anywhere else. Not calling the good Dr, Chadbourne a liar, I'm just saying it's not in the popular history of the group as I know it. But then I once had that ignorant audacity to ask on FallNet who Doug Yule was in the line "couldn't tell Lou Reed from Doug Yule" in The Fall's greatest shoulda-beena hit "Shoulder Pads," and I'm sure the future will reveal many other giant gaps in my musical knowledge.

Be that as it may, Flynt's protest blues song, falling apart as they come together, make the so-called primitivism of VU and Dylan look like the work of Baroque harpsichordists by comparison, using basic rock'n'roll forms as a blunt instrument to pound home his ideas, and surely his influence was heavy in the air when The Velvet Underground released their first album in 1967. And to paraphrase Brian Eno, that album only sold 1000 copies, but each person that bought it formed a band, and each of those bands passed that thread on down to every other band that formed in their wake, so what I'm postulating when every lanky yahoo who is nursing his third-hand heroin chic cuts the air with a one note guitar solo, that string reverberated up through Lou Reed , right through the bridge of his sunglasses to the third eye of a hillbilly philosopher you never heard of by the name of Henry Flynt.

Oh, and Flynt was a frequent loft performer with Yoko Ono back in the mid sixties and his signature is all over Yoko's powerhouse album Plastic Ono Band album (especially in John Lennon's proud moment of skronk guitar on the opening cut "Why") which in itself is a largely unspoken predecessor to the likes of Pussy Galore and The Jon Spencer Blues Explosion, The Nation of Ulysses, The Red Krayola and on and on and on and on.

Last.Fm has samples of the album here, as does iTunes and Amazon

Edit to add: Mr. Flynt emailed with comments and corrections to this post

Thank you for your Dec. 5, 2007 review of I Don’t Wanna. You know, I’m a stickler for accuracy, here are some pointers.
• I subbed for Cale in the VU at the Dom-upstairs Sept. 16, 17, 23, 24, 1966. Village Voice, 9/29/66 p. 28, “screeching electronic violin.” Cale doesn’t play violin. If the VU hagiographies don’t have it, I wasn’t recognized as significant.
• I appeared twice at Ono’s loft, Feb. 25 and 26, 1961 — but not with her.
• I didn’t use the violin to play drones. Seems like a severe perceptual problem to hear a drone coming out of White Lightnin’ or any of the other tracks. I was accompanied by drones not from a violin. Any difficulty distinguishing a violin (bowed) from a tambura?
• Lou Reed, I believe, was from Brooklyn.