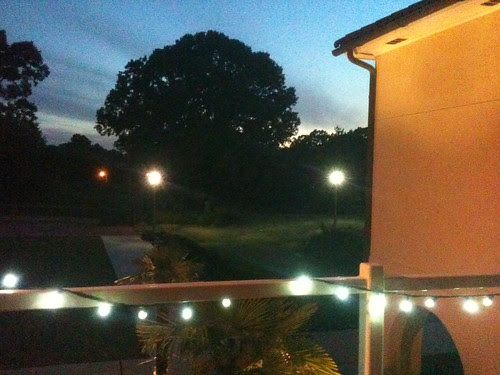 Media: in this week's Records Crate for 225, I come off perhaps a touch more crotchety than I intended about Avett Bros and Mumford & Sons at JazzFest but yeah, they don't do it for me, recognizing I am not the for for which their doings are targeted. But whatever, go to the Baton Rouge Blues Fest this weekend. C'mon, I dare you!

Alex, I am happy to report that our Press Committee approved your project this morning by a unanimous vote. Congrats! Now we just need the final version of the manuscript...

This is a rolling two day soundtrack because the days keep rolling. Rene Hell and the Soft Pink Truth are ruling the heat-monitors that regulate my soul. It makes me want to be in that room depicted in Smog's "Prince Alone in the Studio", the lights dim and dimmer and dimmer still until one gets cleansed solely in the glow of the little meters and gauges and that even in the daytime, I feel like the world can be tempered by a bank of sliders, a plastic box with an array of knobs. I had a notion last night walking home from the bus: what if people had that little YouTube "press play" triangle superimposed over them and that only when you clicked did they do something, say something funny, do something outrageous, take off their clothes, sing a song, the kinds of things people do in embedded Internet videos. They have to be activated or they just stand frozen in their "thumbnail state."  I wondered how many people view life this way all the time and find IRL frustrating because there is no pause and no replay. Or that you can't re-upload your own projection to get it just right.

Or just click onto something else when it's too boring. All this is Technosociology Bullshit 1001 stuff, I know. But it's there, and as I just said at the Goodreads


I'm nearly done with John Brandon's Citrus Country but I feel safe in singing its praises, especially its horrific premise so artfully muted to a background murmur that you forget you are thoughtlessly, even happily galumphing alongside a total sociopath. Brandon stirs a pot of savory moral relativism simmering atop the low, sky-blue flame of the gas range of contemporary disaffection (the preferred kitchen setup of most McSweeney's books) and I'ma lick that spoon when he's done. 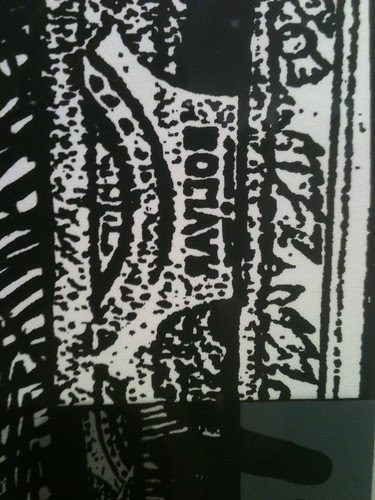 I dig Brian Kelly's dense screenprints up at the Baton Rouge Gallery now. About half of them have a repeated, reversed "BOLIVAR" meshed into the meshings and I finally asked him what that was about and the answer was, as always, simpler and better than what any amount of postulating will proffer.