clumsy with my stars 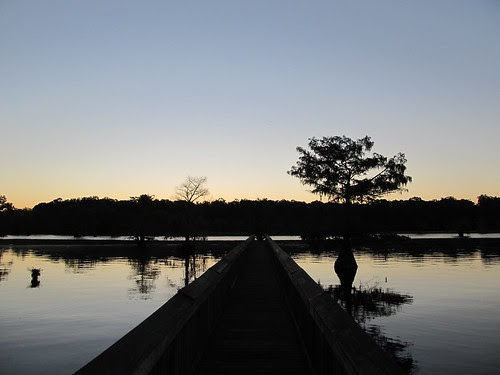 From this weekend on Lake Chicot. This weekend was so relaxing we forgot to go look at the stars they got out there in the world. Story forthcoming in Country Roads.

So much going on. Louisiana Saturday Night got itself reviewed by the American Press in Lake Charles which dubbed it "bright, sassy" and by new electronic rag o' the South called Real South, which you should go get anyway. It will look swell on your personal reading device.

As will the new site for Reveille. We are doing a soft launch before the major push, but I can tell you. This was a summer of tough negotiation and you-don't-wanna-even-know-how-many conference calls and webinars in the making.

I reviewed Mariel Robert's new CD over at outsidelft. I was so moved by it I came out of semi-e-retirement. Is that even a thing.

Also I had grand things to say about Jujitsu for Christ over at Goodreads.

And below. It was noted by a friend who pushes this book on everyone that my twitter posts from Goodreads consistently reflect one less star than the review itself does. There must be something poetic one can make out of such a thing. Either that or I'm clumsy with my stars.

Jujitsu for Christ by Jack ButlerMy rating: 5 of 5 stars
I was still formulating my thoughts about this unique, undersung loner among Novels 'Bout the South, just as the structure itself appeared to be consciously unravelling at the close of Jujitsu for Christ. It speaks nakedly about racist horror and the choking bear hug of faith as well as any great southern novel. The specter of civilization on the collapse hangs in the air, but plenty of writers can do this.

The different thing that Jack Butler executes here is a move like jujitsu instructor Roger Wing does in his ghetto studio - not a sucker punch or a constant wailing, but a deftly placed kick when you, the reader, go on the attack of the story. Jujitsu for Christ does not attack your senses the way hooligans in Harry Crews' books do, no does it methodically hunt you like a Cormac McCarthy anti-protagonist. Butler places just the right hit to the chest cavity required to leave you on the floor, momentarily hollowed by the blow, waiting for the air to come back.

The Freedom Fighters are descending on Mississippi as low boil teen romances and personality crises erupt, all things bent on redefining what seems to be the inevitable, the persistent. Mirroring that, a metafictional aspect creeps up through the novel, coming to a throbbing head in the "Mississippi Vortex Fever" chapter, a magnificent Revelation in the Biblical, contextual and narrative sense. It's one of Joyce's 100-letter thunderclaps from Finnegans Wake manifested as a cloud of gnats hanging in the humidity. I can see where this hallucinatory poetics would lose readers; I got lost in it, but then I like being lost.

The metafiction is to the novel as the participatory horror/joyousness of the South is to the people that live here. The unraveling of our story is curiously the thing that holds our story together, like a ratty cotton belt of an old karate uniform. Without the belt, it's just a lousy bathrobe, but with, it becomes an instrument of masterful defense and potential annihilation.

Also, I am a lousy three grand pageviews away from 200,000.  I feel I should do something special but what honors such a milestone? If you want to throw a party, I'll come! How's that?