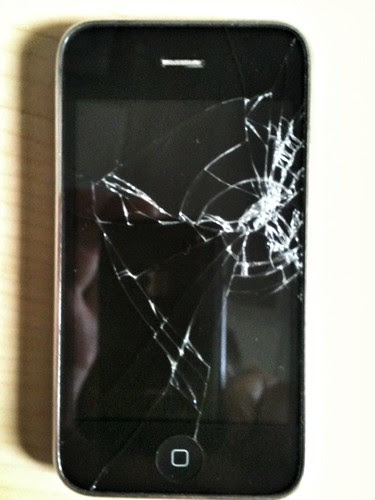 
Here is a picture of the broken phone taken with the new phone. That image of the broken screen is being used as the wallpaper for the unbroken screen in the new phone. Pretty sure I short-circuited the fourth dimension with that move, but we, of course, will never be able to tell because we are in the event's causal universe now. I'd have to break this new phone to find out for sure. It's a matter of time until I do.