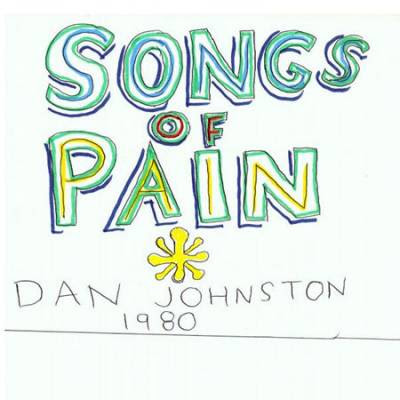 
Friday:
Craig Finn, Clear Heart Full Eyes
Okkervil River, Don't Fall in Love with Everyone You See
The Band, Northern Lights-Southern Cross
Davey Graham, Midnight Man
Daniel Johnston, Hi, How Are You and Songs of Pain and The Lost Recordings


Daniel Johnston's Songs of Pain just kills me. I can't imagine the experience of him handing you a tape on the street like he used to do and taking it home and pressing play and having these songs come out of the speakers. You might just cease to exist. Puff of smoke where a heart was. My first Oxford American story was about Daniel Johnston and largely about "I Save Cigarette Butts". Years later, I still think it to be one of the world's greatest love songs.

I never really thought about the song "Tuna Ketchup" before, but when he sings and I like her, I want to throw a brick through a window, it is so good. I wanted to say more but he says it all in a manner more direct than I can by talking about it. Just shut up and listen to the whole thing.