It's as if we had a contract to enjoy life 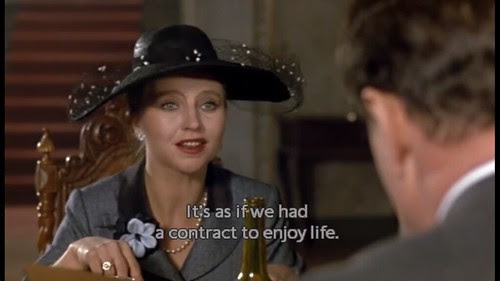 A still from Fassbinder's The Marriage of Maria Braun, part 1 of his BRD Trilogy. I'm gonna watch all three.

Foreign films are meme machines, both in the traditional sense (a meme is a unit of understanding)  and contemporary (picture on the Internet with a caption superimposed.)

Here is the scene that really encapsulated the intricate beauty and blunt cruelty of this movie.

Everything is spelled out by Maria. From the opening scene where she and her husband pin down the justice of the peace to sign the marriage papers as the city hall is being blown to bits. Her transition to a post-war woman of power is played out in stilted offices and trotting through physical and emotional rubble, all with maximum composure. The camera work is achingly lovely. Maria is the woman who everyone thinks is masking her emotions behind ambition when, in fact, she is the only one in contact with the white hot wire of her life. Everyone else is in her orbit; she is the star. And when it is done, it is done.

I suspect Fassbinder's own life was a bit like that. Look at him!

Before a mix of sleeping pills and cocaine took him out at 37, he took the wheel of the supertanker of despair that was German cinema and steered it into perverse waters. I forgot how much I like his movies.

It's funny that the train scene is the still used on the YouTube video, the single moment where the weave of the movie comes a little unraveled, largely because of the soldier's terrible accent. Don't let that stop you. Watch the whole thing and feel the love! 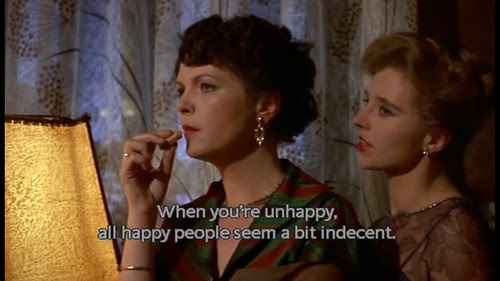