"They lay a whole lot stiller than live customers," said Whitey the barber to an unknown person trying to get a haircut in Ring Lardner's story, "Haircut." He was talking about how he doesn't mind shaving a person's face in preparation for a funeral. It's one of a thousand things this barber says about the town, the people in it, and the world that formed it.

Ring Lardner was a favorite of my old friend Terry Kennedy who left us a few years back, and I read this story on or about the anniversary of its passing. I suspect this one stuck out with Terry because his home town of Cartersville, Ga. is mentioned in the first sentence, but ultimately, it resonated because of the basic qualities of resonance. This breathless, 10-page explosion of detail from the barber is the life Terry sought and found in people, and was such an explosion himself. I miss that guy and am glad that he exploded enough things into the world like reading suggestions so that tremors of his having passed through are forever around.

Here is Terry with a haircut. I never knew him when he looked like this. He was always a wooly old cuss when I knew him.  I wrote this about him for the paper when he passed. Salut! 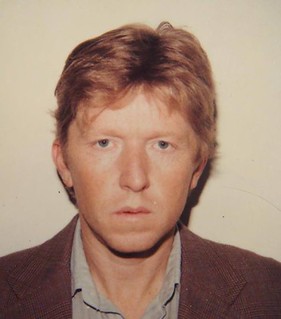