Content: Nick Cave & the Bad Seeds' PUSH BACK THE SKY is the most striking record I've heard this year. It is Sinatroid, infused with snuffed candle smoke, purposely oblique in its poetry, giving off the narrative aura the red leather upholstery might in the back corner booth of a bar.

Format: I like the top 10 approach. I used to prefer the opening-of-the-ledger that the Internet allowed, but this  is tidy. Plus, it is largely for my own amusement, so I'll amuse myself.

Context: I will say this moody soundtrack matched my week that vacillated between stellar teaching moments and then some rather vivd nightmares. Thanks, brain! Terrifying me with the possibilities of real life - actual teaching moments - is no way to get me to adopt a normal sleep schedule. 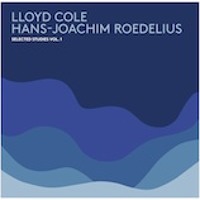 L. Ron Hubbard from the Telegraph's Britain's secret mission to expose Scientology leader as a 'fraud.'"


View the story "Five more books I might finish" on Storify

The last such dispatch was such a smash hit, I thought I'd line up five more books I might (or might not) finish. Maybe the New Yorker will give me a column. I also didn't finish FOUR NEW MESSAGES by Joshua Cohen, the New Yorker's current (I think) book reviewer. I'd talk about it but I might get in trouble. I was having too much fun to write everything down. One note:


My heart is a loop of plastic Matchbox racetrack strips.

so maybe that's for the best. Below uncoils an easy top ten of the best things since my last dispatch.


Here's a link to the non-slideshowversion Here is the non-slideshow version. Photos by Carol Galloway and others.

I was privileged and humbled to play with a bunch of amazing musicins in a marching band before the 2013 Spanish Town Mardi Gras parade on Saturday. From doing so, I am still hoarse. As it happens, it is hard to sing over trombones. Someone today mentioned that I sound more like Tom Waits today than I did while I was singing, so maybe that's his secret. The following are a couple of videos pulled from Facebook and the like. If you have more photos or videos to add to the documentation of this little event, please kick me a link in the comments.

UPDATE: the full line-up is listed below.

"Way Down in the Hole" rehearsing before the parade.

Normal talented musicians are probably used to just getting together and figuring out a song on the spot, but I'm still new to the idea and it still amazes me how it works.

The following were not captured on video: "Temptation" by Tom Waits, "Make Me a Pallet on your Floor", "China Town" (re-purposed as "Spanish Town")


"Way Down in the Hole" performed in the street at the end of our route.

Someone in the crowd handed me a beer after the song in the street, which is pretty high praise.


"Liza Jane/Flintstones Theme" in the alley beside Dave's house. From the Memorial Church at Stanford.

Here it is in non-slideshow form.

I almost lost the will to blog after an inspiration trip to Silicon Valley, where the message has no core, and everything is "ideated" and the future of media is all video, but then good old Storify came up in a number of our power meetings and so the race toward content saturation is back on.

I'm way into Vine. Everyone was taking about Vine. Someone at twitter was talking about Vine as I Vined their rooftop gardens, but I can't figure out how to share it. Here instead is this thing on a building on the Stanford campus. It is supposed to move and change. I dunno. The future is confusing.

I don't really know what ideate means, but I'm going to do it. I'm pecking this out on a glass crack'd iPad, one that fell to the concrete and the clay beneath the garage of a fancy San Francisco hotel. The future will likely play out like that.
Posted by Alex V Cook at 2/01/2013 10:04:00 PM 3 comments: