"a radical statement about the possibilities of heaviness" 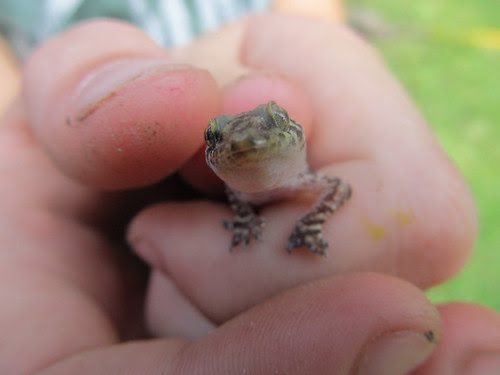 A gecko displaced by the fall garden cull.