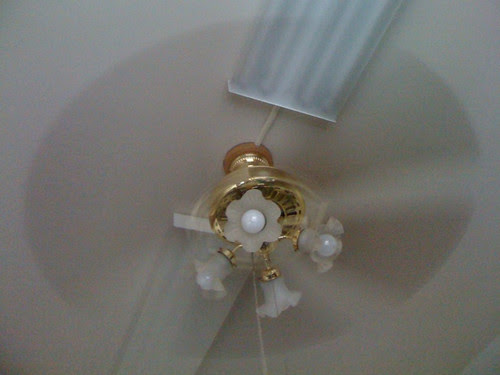 In honor of Michael Stipe's 50th birthday yesterday, I am listening to those three R.E.M. albums from the turn of the century that I never got around to. I don't know what my break with the band was all about, but before Green, they were my reason for living and after that I wanted nothing to do with them, on record anyway. I did see them live on that tour, which I detailed here in a story a lot of people hated. Enjoy!

It wasn't because of their sudden popular appeal; my friends and I watched U2 go from our special interest to front page news without too much of a reaction. Green is not a bad record at all. "Stand" still sounds fresh and I catch still myself once in a while humming "Orange Crush." I suspect it was me and not them.

Three songs in and I like the hell out of 1998's Up. I have heard "Daysleeper" and "At My Most Beautiful" - if I have my stories straight, I've even met the person the latter is about; but they are not the songs that are hitting me the hardest. "Airportman" is one of the smarter Brian Eno tributes on tape (loop), capturing both the obviousness and contour of Eno's ambient years. It would not surprise me if the backing track were not a simple r.e.m.ix of Music for Airports, or maybe a pedal board r.e.m.embrance (OK, I'll stop) of what it was like. And "Suspicion" with its Casio-patter and its Abbey Road corners and its sly lushness. Up is kinda my jam today. It is where I am determined to look.

We slide into Reveal with hardly a notice. perhaps they left the same organ on for the 3 years between that and Up. They sat right down at it, and plodded out a piano line and mixed up some of the old mushy guitar oatmeal and left enough chunks to bite on. But I can see why this is considered a drop off point. It laps the sand more than it crashes the shore. But it is sweet, not candy sweet but like German pastry sweet. Or what I think German pastries taste like.

Beat A Drum - R.E.M.
But yeah, some of this spires up gracefully like that giant tower in Dubai people are all in a tizzy about, specifically "Chorus & the Ring" and though they might be on completely different ends of the spiring scale, I like them both a lot right now. Why not reach for the sun? I mean, yes I hear your reasons why its a hubristic and un-green (but we started from an indefensible anti-Green stance, did we not?) thing and possibly Biblical prophecy (it is in the Middle East, where much of the Book takes place) but dude, that thing is beautiful in the way that things aren't all that much anymore.

Chorus And The Ring - R.E.M.
I can't find a whole lot on Around the Sun that really grabs me. Q-Tip sounds more dialed in to their windswept greatness than the band does.

The Outsiders - R.E.M. (Featur...
The problem with this record, and maybe it's not really a problem, is that this is a folk record gussied up in pretty lights and seamless plastic. The lyrics are rather moon/June for a band that spent twenty years previous being derided for their cryptic sides. The words are inspiring and self-reliant and come-together and the music mortars nicely into it. So why should that be a problem? They decided to stop making not-sense? That said, it slides around me without catching. Maybe I and all the other early adopters liked the cockleburr aspect of R.E.M.; I don't know what this is really, but I like the way I picked it up walking through the grass this morning and it clings to my t-shirt in the afternoon. I suppose this isn't much of a birthday present, Mr. Stipe, but thanks for all of it anyway. My fables would have never been reconstructed without you.