Santa is The Real Thing

I will go on record as an anti-capitalist, but along with past stints as a vegetarian, Christian, poet and corporate citizen, I approach these designations with the half-est of hearts. So yes, I hate Wal-mart. Of course I hate it. What's not to hate about it? But I go there. My bohemian lifestyle unfortunately also has a bohemian salary.

This past Saturday turned out to be one of the best/worst Wal-Mart trips ever. Our friends were absent from the coffee shop, so Maya and I went directly to item 2 on the intinerary to get the oil changed. God had smiled upon me, like he does on all His appointed shoppers when the woman at the oil-change check-in tent proclaimed "Goddamn, that stupid bitch was supposed to bring me back her keys! You're going in line ahead of her as long as you don't park by those flags, and bring me you goddamn keys back!" Never one to look a hook-up horse in the mouth, I did as I was told, assured my car would be done in 40 minutes, just long enough to get everything needed for 21st century survival.

After getting the cart loaded up and ready to go, I checked in at the desk and evidently the bitch remembered her goddamn keys and edged in before me and brought a couple friends, since my car wasn't even in the garage. This was OK actually because it allowed for a couple things: 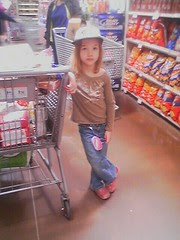 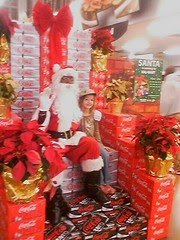 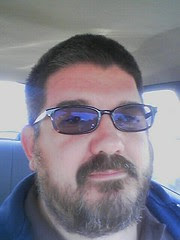 * She was cying Sunady morning on the way home from a big sugar-orgy sleepover, because she heard on the news that Aqua Dots (greatest toy ever) were recalled on account of lead**, and her know-it-all booger-eating compadre told her that lead is poisonous and will KILL YOU, and she just realized that she had put Aqua Dots on the list she originally sent to Santa, and she didn't want Santa or the elves to get exposed to some poisonous lead! I told her Santa would be fine, and that he reads all those warnings.

** It actually wasn't lead, but that Aqua Dots, when ingested, acted like the date rape drug caused the recall. Her lead fears came when she heard also on the news (twice in her life has she heard the news and both times it was a personal tragedy) that some toys from China were being recalled because of lead, and her know-it-all friend pointed out the "Made in China" on some plastic vampire teeth she had. Fuck the news, yo.