of interest to Bolaño nerds 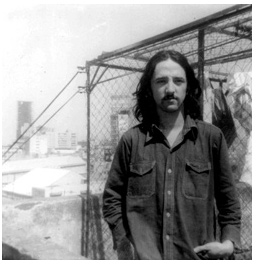 and possibly no one else. In this interview with Chris Andrews, the translator of many of Bolaño's novels, he goes into how he got this fortuitous gig:

With Bolaño, I had a lucky break: I was approaching publishers in England, expressing interest in translating work, and it happened that I visited Christopher Maclehose at The Harvill Press in London shortly after he had acquired the rights to By Night in Chile. That was in 2001. He asked me what I had been reading and I spoke enthusiastically about Bolaño (I had just read The Wild Detectives). Harvill already had a translator lined up for By Night in Chile, but when that fell through, they needed a replacement, so they asked me for a sample, then commissioned me to translate the book.

Notice how he says The Wild Detectives, not The Savage Detectives, which was by the other noted Bolaño translator Natasha Wimmer, interviwed here in the NYT book blg Paper Cuts. One wonders if a point of contention among colleagues in the Bolaño game has been subtly revealed.

I for one was way into the Bolaño books, but found the The Savage Detectives and 2666, both translated by Ms. Wimmer, a lot more daunting to read than the shorter books translated by Mr. Andrews, partially because of their sheer length and the thorniness of the language, and now, I wonder how much the translator factors into all that. Not knowing a lick of Spanish, I am graciously at their mercy and succumb to the time they both spent with this body of work, but now that I think of it, the detectives in question did come off a little more wild than they did savage. Just sayin'...

My own review of The Savage Detectives can be found here